Do you need a premium class translation? Try the ‘translation by a native speaker’ service! 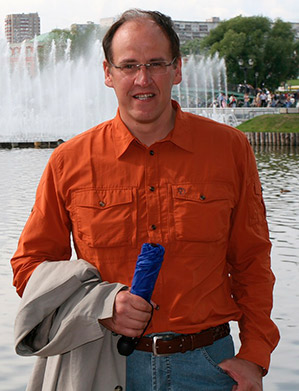 Translation is first of all a means of improving mutual understanding of talking partners from different countries. But not every translator can ensure closer communication of those who want to communicate productively. This is especially true if the translator does not live within the language environment of the reader for whom the text is prepared.

The way to make manure out of …mist.

We encounter bad translations every now and then. We laugh at a shampoo label full of grammatical mistakes, or scratch our head trying to figure out a confusing manual for a microwave oven by a foreign manufacturer.

Translation failures associated with products or services of small companies or handicraft operations are not a big deal since the market is huge and only a few consumers take notice of an error. But when it comes to a company known the world over, it may result in an international scandal.

There are a great many examples. One case relates to the American perfume manufacturer Clairol, which started distributing dry deodorants in Germany under the trade name ‘Mist Stick.’ But to the shame of the company management, it soon turned out that the word ‘Mist’ in German colloquial speech means "manure."

General Motors tried to promote its Chevrolet Nova in the Spanish-speaking market and all of a sudden the program ended in a fiasco. English-speaking regional managers skimped on doing a quality translation by a native speaker, and then they were surprised to learn that ‘No Va’ in Spanish means … "does not move"!

And there are hundreds, if not thousands of similar examples.

Why did the Chinese reject Pepsi?

Suitable translation of slogans is a real «Achilles' heel» for international corporations. Undoubtedly a competent translator knows the stylistic features of the language and is capable of a creative approach. But selecting a couple of foreign words, making a phrase clear and distinguished is only half the work. A slogan should be perfect for millions of target consumers.

For this very reason it is necessary to involve a translator who has constant language practice and even thinks in a foreign language. He/She is the only one to offer a creative, bright option containing words and expressions familiar to the target group and raising no questions, doubts, laughter or even... curses.

Here is one of the errors that can arise. Pepsi made a literal translation of its major advertising slogan “Come Alive With the Pepsi Generation” into Chinese. The Chinese were shocked, since in local dialects the slogan acquired an unexpected meaning - that Pepsi Will Make Your Ancestors Rise from Their Tombs. Under such a peculiar slogan, the drink did not see many takers, to put it mildly.

It may seem funny, but translating from/into Russian is considered rather difficult. Our language is one of the most difficult worldwide, which means that a translator should do his/her best trying dozens of shades and similar phrases to finally select the only one which is true. In such cases, team work of a Russian-speaking translator and a native speaker gives the best possible result.

A high-quality translation is your ‘paper assistant’ to communicate your ideas and thoughts to the target audience in your absence just as well as the well-known Roman orator Cicero did. A translation will assist in negotiations, will rate your website higher in foreign search engines, will make a highly complicated manual clear, will save a supplier misunderstandings and will prevent frivolous lawsuits "out of the blue."

4 indisputable advantages of a translation by a native speaker

The first is a completely appropriate text which takes into account all the minute details of grammar and style and cultural characteristics.

The third is making communication as efficient as possible, with a translator working accurately for the target group and realizing exactly to whom the text in question is addressed.

The fourth is constantly keeping up to date, considering all political and social changes in the target country. A translation made by a native speaker will never put you in a situation similar to what occurred back in 2005 with an American TV channel, when the slogan ‘It's about time’ relating to a media corporation appeared on TV in the course of John Paul II’s funeral.